I’ve been limping since Christmas day.

A little backstory: As most of you know, my family is multicultural af. My husband is from Italy, my dad is from Iran, and that’s not even counting my grandparents who came from Wales, Ireland, New Zealand and the Netherlands. In that sense, I’m as American as it gets: A big fat melting pot of things. What does this have to do with my knee? I’ll explain.

On every holiday or weekend day, my husband Skypes his parents, sister, and our nieces. We also call our friends in Italy and Spain and sometimes my cousins in London. Also, my dad busts out his Facetime and calls every relative we have in Iran. Every. Single. One. On a day like Christmas, my family can easily spend HOURS staring at iPhone screen. I love talking with our friends and family, it’s like my favorite part of the holidays, but sometimes you need a break to eat or pee or just to let your eyes go back to normal or think of new things to say because there are only so many interesting things you can talk about after 4 hours.

My dad handed me his phone no less than 64 times by 11:00 a.m. on Christmas and after an hour of saying, “Hello! Merry Christmas! How are you? I’m great! You’re beautiful! I love you!” in Persian (because I only know about 100 words and the older I get the more I lose), I needed a break. So, I casually strolled up to my little brother, shoved the phone into his hand with my cousin on the screen, and sprinted away. He shook his fist at me but I was gone, gone, gone.

I peed, I had a snack, and I settled onto the couch to play with my parent’s dog. No less than 5 minutes later, I notice that my little brother was slowly making his way towards me. He was closing in and I panicked. I knew what he was doing. So I tried to nonchalantly do a little stand-squat thing so I could bend over the back of the couch to escape. My plan was to simply sit on the back of the couch so I could flip my legs around and hop down. I’d done it 1000 times in the past while wrestling with my younger siblings and fleeing from them. But it seems that as I’ve grown older, I am no longer a stealthy ninja, but instead a clumsy and uncoordinated lump of shit. Instead of  making a clean getaway, I sat on the back of the couch (which is a solid 4 feet high at least) and then FELL off sideways, belly flopping from the back of the couch onto the marble floor. The entire family screamed, “OMG!” And as I lay on my back laughing but also stifling a scream from the pain (I’d hit both of my knee caps HARD), my family peaked over the back of the couch at me with “did you die” expressions on their faces. Then, my little brother’s face popped into view from above my head. He shoved the iPhone into my face, and my aunt who I am obsessed with was all smiling at me, and I was forced to take the phone and try to explain in broken Persian why I was laying on the floor, all red-faced, and mangled. I heard my brother whisper, “look alive, sis,” as he made a run for it.

My knees are black and blue and I learned a valuable lesson: Next time I fall off of the couch while trying to evade my brother, play dead. Just fucking play dead. Also? Revenge.

Your self-care podcast for 2020 coming soon. I have been interviewing mental health professionals on how we can take care of ourselves during this unsure time in our lives. And I have to say, it’s been really helpful for me to have a project to work on but it’s also been great to have this advice in my life. It’s really good, really actionable advice from experts. Why did I do it? Well, y’all know I talk about mental health a lot. But also, I have developed chronic depression from isolation before when I was an expat. It was rough and frankly I don’t want that to happen to anyone else. Plus, I love interviewing people even though I definitely need a bit more practice lol (I’m used to being the one being interviewed where I can say whatever I want lol). I’ll be posting the first three episodes all at once to kick off this thing in just a couple of days. Please listen, post reviews, and share it far and wide so people can get the support they need right now. Updates coming on stories. #youregonnabegreat #podcast #selfcare #covid_19
Just a few weeks ago we were shopping and having lunch together in public with other people. Throughout all of this, the social distancing and forced quarantine, er sheltering, that is inevitable, I can’t stop thinking about how in just a blink of an eye everything can change. One minute you’re walking down the street with your kid, waving and chatting with strangers, and the next your mail delivery person literally jumps a fence to give you and your stroller a wide birth on the sidewalk (true story). I miss my people. I miss people in general. I learned today from a podcast I’m working on about self-care that this is a sort of collective grief we are experiencing. Grieving the way things were and anticipatory grief about how things might change moving forward. It’s okay to be struggling. It’s okay if this is hard. I cried listening to Dolly Parton today. It’s hard. It’s normal to have big feelings about this. Just remember you’re not alone. We are globally in this together. Brazil, Spain, England, Australia, South Africa, Iran, no matter where you are, you’re not alone. #covid #pandemic #socialdistancing
Reality Show Idea: Can Your Marriage Survive a Pandemic? On this week’s episode find out who ate the last fucking cookie. #blindlove #pandemic #marriagestory
First date: My interests include reading, random animal trivia, and knowing tidbits of information about everything so I seem interesting. Ten years together: You don’t think I can do this creepy tongue thing all day? Try me goddamnit. Put the dishes where they go next time or I will haunt your dreams. #socialdistancing #thirties
Stay safe. Stay home. Wash your hands. And let’s all collectively agree that 2020 is bullshit so far. *New Blog Post Every Day of Quarantine*
Trying to look pretty in 2020 like: Stay safe. Stay home. Wash your hands. #levity #coronavirus #socialdistancing 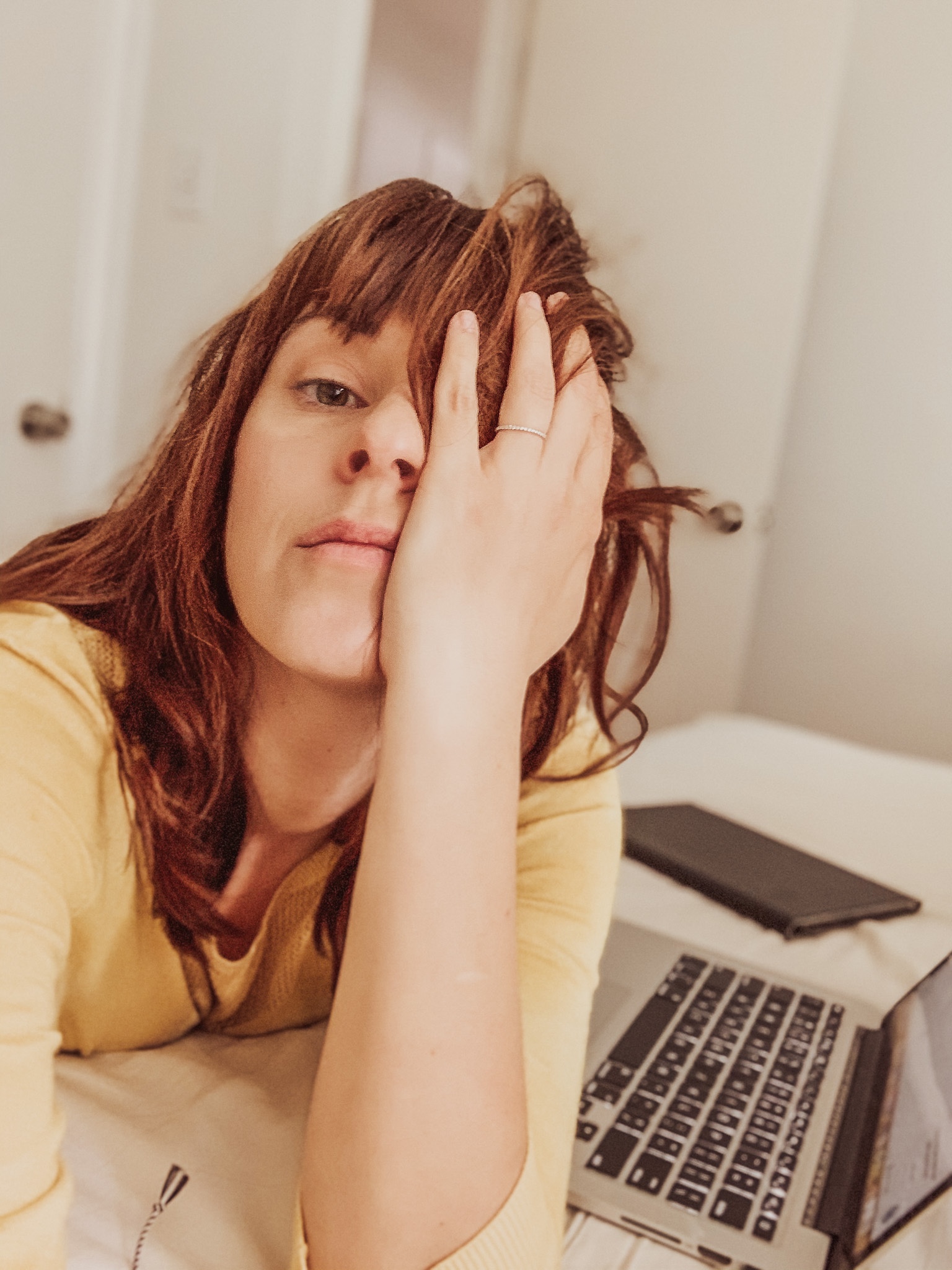