Ever since I was a kid, a toddler, really, I’ve been way into saving bugs. Bugs, animals, any and all disadvantaged children in third-world countries. My empathy, according to my husband, runs out about there, especially when he has the man-flu. But bugs? I go to great lengths to save them from certain death. Even though their life spans are like ten minutes. Or ESPECIALLY because of their short lifespan. I mean, if you only have ten minutes to live your entire life. YOU’VE GOT TO LIVE, DAMMIT!

The other day I woke up to an ant invasion. An entire fucking ant colony had moved into my dog, Oliver’s food bowl. This is because he’s an asshole and won’t eat any of his kibble that isn’t coated in canned food. “Well, it’s because you spoil him,” you’ll say. Of course, it is, but also because he has a will like nobody I’ve ever met. My husband put his foot down once and was like, “either he eats his kibble or he doesn’t eat.” And I told him to pick on someone his own size and stop being such an asshole. Oliver went nearly 2 days without eating in a standoff of willpower (note: He had a full bowl of food, he just refused to eat it), Oliver won. By the third day my husband broke, went and bought the three dollar per canned food and mixed it up apologetically with his kibble while Oliver glared at him like, “yeah, mix it good, fuckface.” But that’s neither here nor there. The point is, my dog is a shithead and didn’t finish 7-10 pieces of kibble because they weren’t delicious enough. And seventy generations of ants had moved into the bowl. Because ants are much less picky than poodles, apparently. 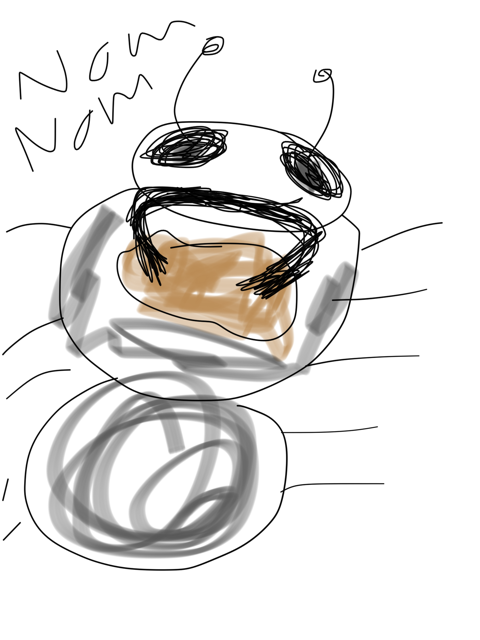 Thousands of ants were marching in a giant swirl around the bowl. The remaining 43,576 ants that wouldn’t fit in the bowl were marching in incredibly orchestrated lines in a 3×3 space around the bowl. “Oh, SHIT!” I yelled when I first saw them. Then, i wandered aimlessly from the kitchen to the living room waiting for an adult to come and fix it for me. Then I realized that I was the adult and I had to fix  it. There were a few dozen ants a few feet from the others so I got a little broom and tried to sweep them up, gently. I put them outside. They all shriveled up into tiny hard balls of black. Like coarse ground pepper. “Oh no! I’m sorry! Get up!” I prodded them with sticks for a minute and then realized that I killed them. Then I felt super bad and hoped that their family members hadn’t seen them brutally massacred. The broom wouldn’t work. Everything that I could think of would kill them. And, as noted above, I can’t kill insects. It’s not that I LOVE all insects, spiders, honestly, scare the shit out of me. I can’t kill them, though. I have to work up the courage to trap them in a glass while I sweat profusely and shake uncontrollably. Sometimes I talk to them, “I’m just putting you outside goddamnit. Stop jumping around in there!”

Part of the reason I have a hard time killing insects is because I’m clearly nuts, but also because I respect them. Which I know sounds crazy and you’re all rolling your eyes like, “get a grip, psycho.” But ever since I can remember I’ve been really attached to nature. And, since toddlerhood, I’ve felt that everything fits together and that no matter how small or seemingly insignificant, everything is important. I used to talk to trees, I had pet rocks (which would be sad if it wasn’t so creepy), I should possibly be locked in the crazy house. Also, I’m slightly paranoid about bug karma. What if during the apocalypse insects become insanely giant or really good at math and gang up to attack any human who has ever squished an ancestor? There’s also a part of me that just thinks that humans are super, unbelievably, stupid. If you’ve ever observed drunk teenagers, you know what I mean. We’re dumb. All of us. And so who know what the rest of the creatures on the earth are all about. I have no goddamn idea. And science is too political when it comes to this sort of thing, I mean, at one point, it was scientifically proven that non-white people and female people were not real people. So, I struggle with science’s time-encased notions of importance, relevance, or I don’t want to be squished-ness. Basically, I like to play it safe. And I like to make my life as difficult as possible. Clearly.

After thirty minutes of watching the ants dominate a small corner of my kitchen, I remembered Google. Google knows all things. I grabbed my phone and quickly Googled “How to get rid of ants without killing them.” I read the two-hundred suggestions but all of the suggestions were stupid. Use vinegar. Essential oils. Lalala. Great, thanks, that’s a great idea from preventing this from happening again. But what do I do once they’ve already broke in and seized a part of my home? Nothing. I started to wonder how in the hell they’d managed to get in my house in the first place. I went out my back door and looked outside approximately where they were inside. Sure enough, there was a line of ants charging in, and another line of slower ants wobbling out, struggling to balance small crumbs of Oliver’s food in their little pincher faces. They wanted the food. So if I moved the food outside, maybe they’d all give up and go outside.

I dumped the remaining crumbs of Oliver’s food outside near the ant line. And I went to write in my office.

Every hour I came back into the kitchen to check on the insect situation and every time there were fewer ants. By the end of the day, there were no more than a few dozen. That night, I proudly (and smugly) explained what happened to my husband who stared at me vacantly. “You’re fucking insane, dude. Why didn’t you just kill them?” For which I glared and told him that I hoped he got chlamydia. But then I thought about it for a second and remembered that we were married. “NEVERMIND! I hope you stub your wiener,” I yelled after him, which also didn’t make any sense.

That night, I proudly (and smugly) explained what happened to my husband who stared at me vacantly. “You’re fucking insane, dude. Why didn’t you just kill them?” For which I glared and told him that I hoped he got chlamydia. But then I thought about it for a second and remembered that we were married. “NEVERMIND! I hope you stub your wiener,” I yelled after him, which also didn’t make any sense.

When I snuggled next to my husband and Oliver in bed that night, I made sure to pull the sheets off of the floor to keep spiders out of our bed.

“But I thought spiders were your friends,” my husband hyena laughed.

“You’re hilarious, asshat. I don’t spiders to bite Oliver. Seriously ,though, If they come up here, I hope they bite your ass.”

And I lay in bed, unable to sleep, terrified of spiders.

One thought on “Empathy, Apathy, And Ants” 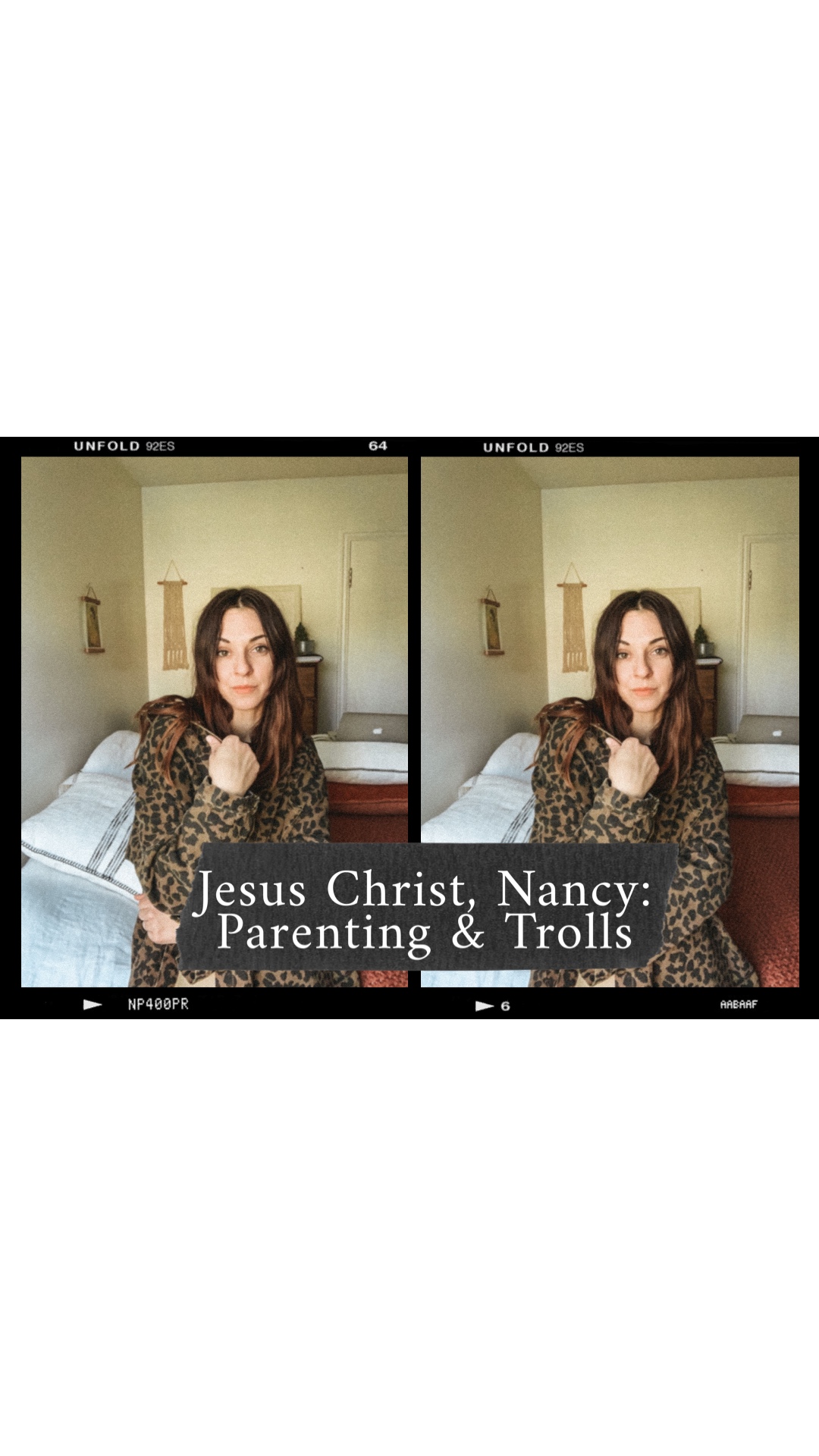 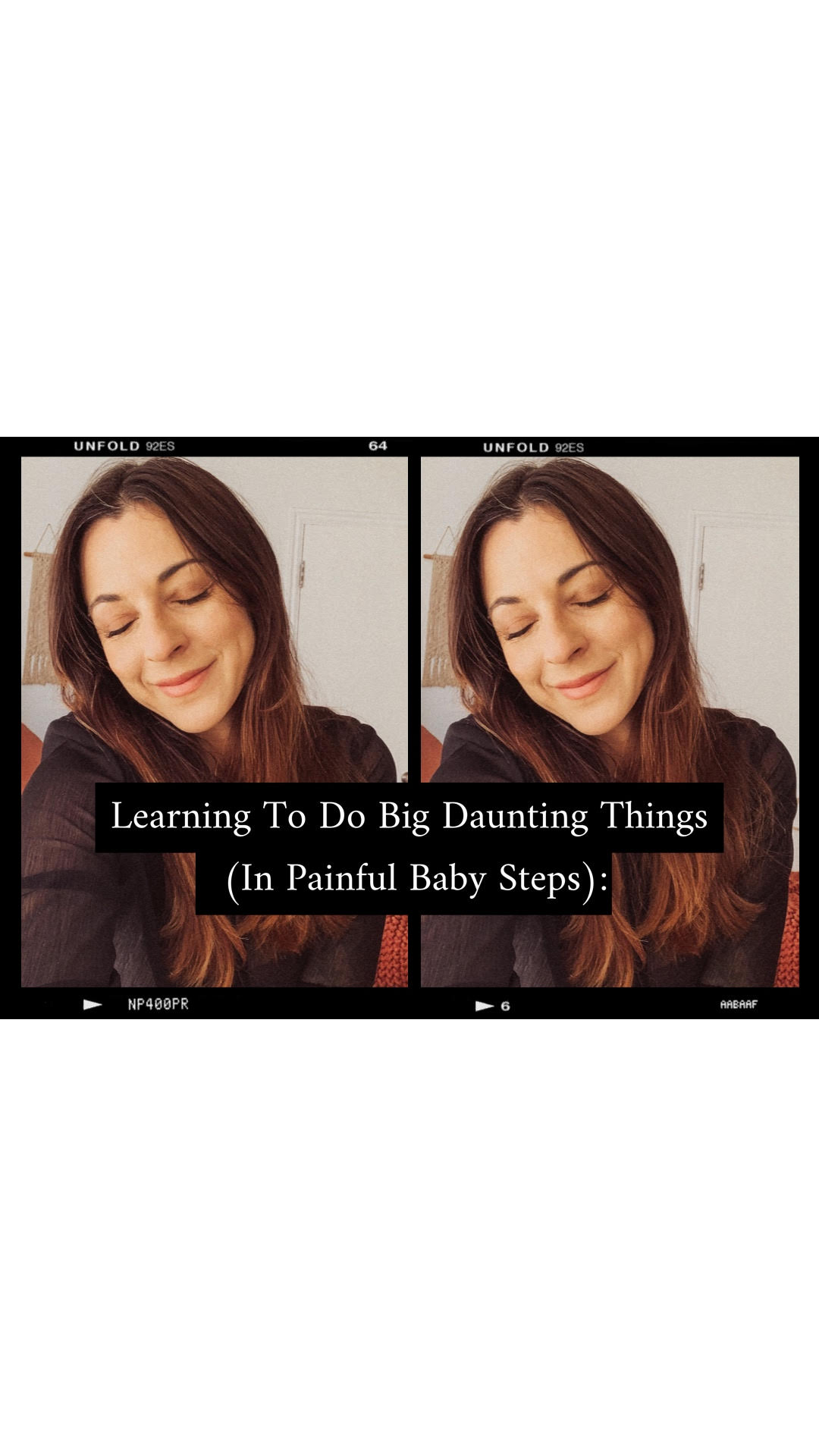 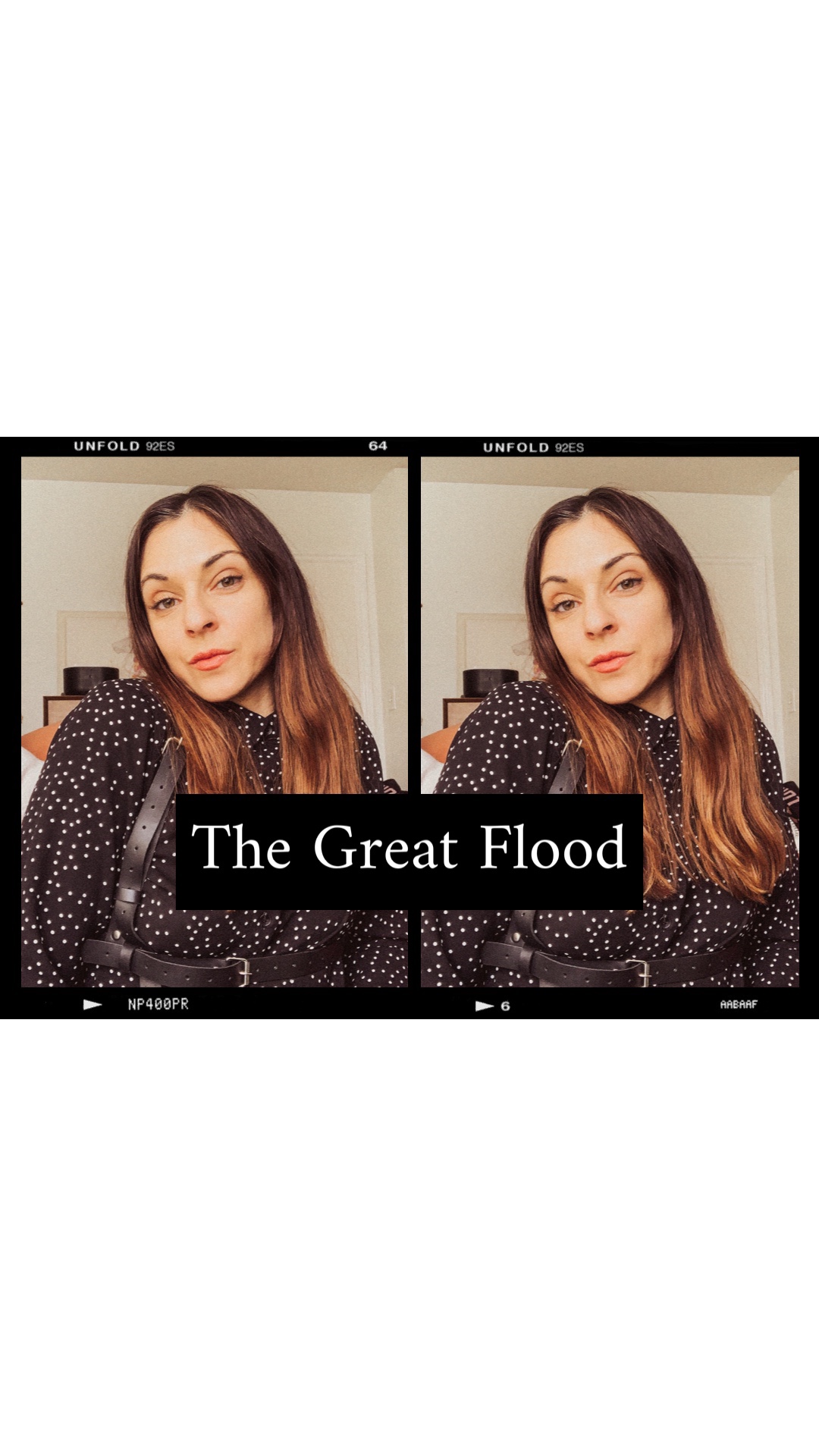 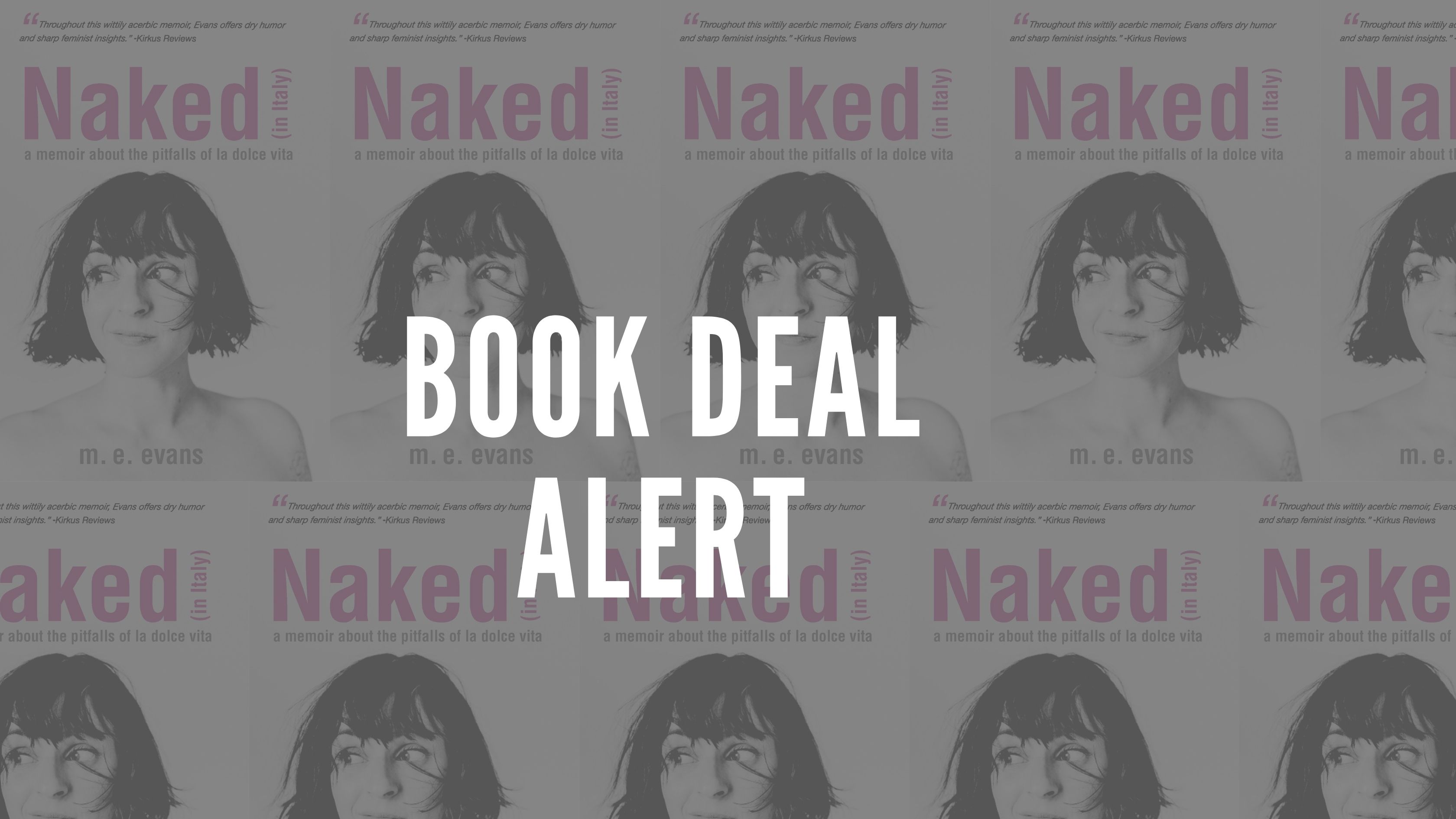 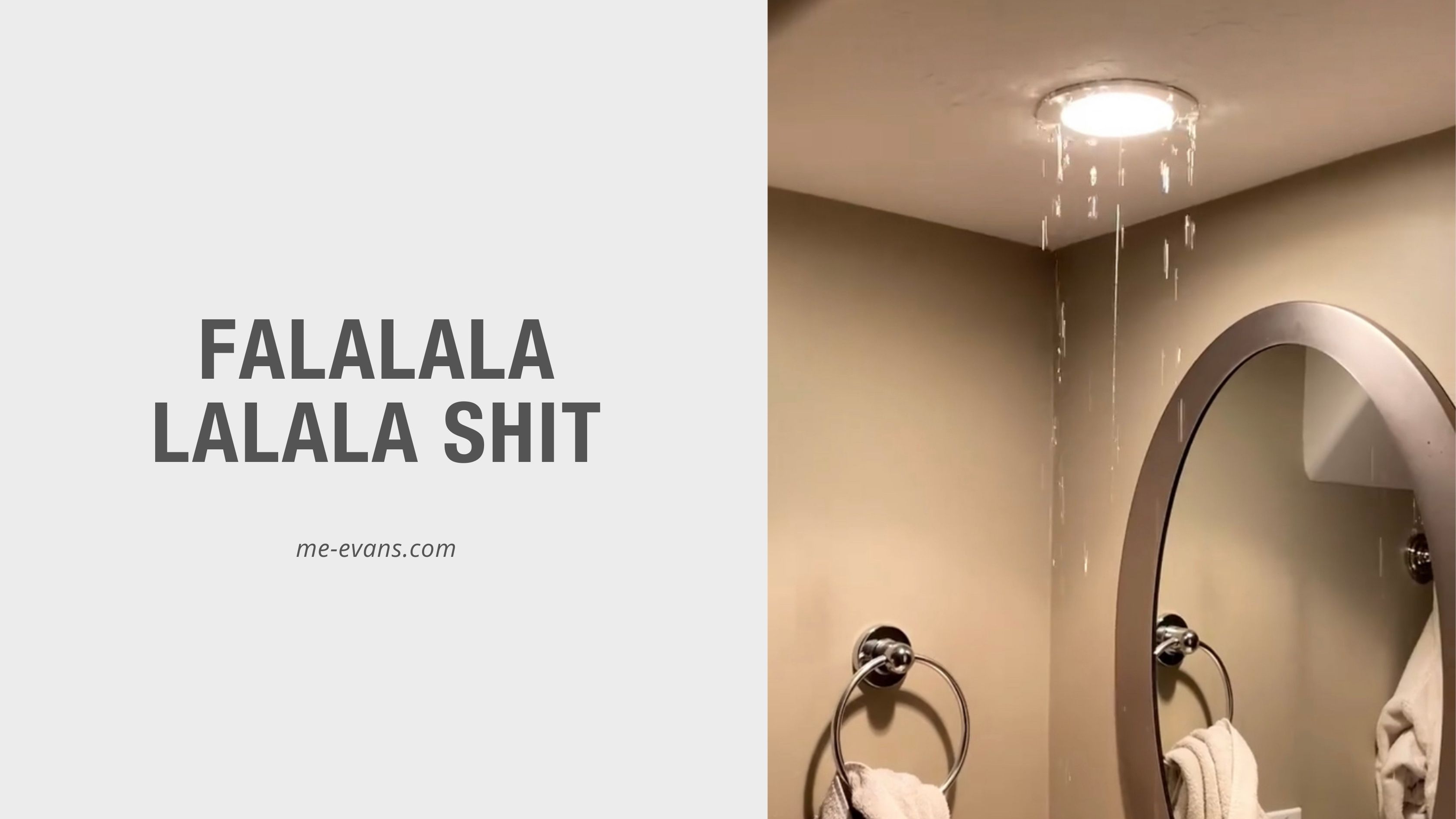