When we first found out we were pregnant, we decided not to tell anyone the sex of the baby for a while. Why? A whole kaleidoscope of reasons but basically I didn’t want to listen to anyone tell me who my kid would be based entirely on their sex.

One of the first questions people ask when they find out I’m pregnant is, “what are you having?” I typically respond with, “A human, mostly.” People typically ask because they’re curious and want to chat about the baby, naturally. But in our culture, one that is OBSESSED WITH GENDER NORMS, it’s often much more than that. The sex tells them WHO the child will be and people start picturing the baby based on their own experiences with that specific sex. A boy, according to so many, means I’ll have a rowdy wild animal in my home who will be incapable of finding socks and who will stink, roll in mud, and abandon his family the moment he meets a nice girl. A girl means I’ll have a sassy princess on my hands who will need my NEVERENDING PROTECTION FROM THE EVILS OF THE WORLD and who will love pink and all things MERMAIDS.

All of these things confuse me because, in my experience, none of it is true.

My mom raised me and my little brother in a “gender neutral” home. I was regularly dressed in blue, my cartoons weren’t chosen based on my sex/gender and I wasn’t told anything “girl specific.” I identified as a girl but beyond that, I wasn’t put into any kind of box. So I spent most of my time running completely feral, ass deep in swamp water catching frogs, covered in mud, and plotting for ways to make a quick buck by selling weird shit or gain power by starting a club or two. I loved to wrestle and fight and once ruined my mom’s wall because I wanted to “get really good at knife throwing.” The only thing typically “female” about me was my vagina.  My little brother, however, was the opposite. My mom would let him play dress up in her clothes. She put little clips in his hair because he liked them. He liked my dolls more than I did when he was little, hated to be dirty, and was obsessed with cleanliness and order. His room was so clean that as a teenager I used to call it, “the museum,” and I loved to sneak in and move his collectibles an inch to the left to send him into a hysterical mental breakdown. I was a big sister, it was my job to be a total asshole for no goddamn reason (and he made it so easy).  He also loved to cook, would get emotional when he listened to music, and he was incredibly delicate. If we were a flower, he was the petals and I was the thorns.

As I got older, I started to wear dresses and heels and makeup. I got married and am excited to be a mother. But, I’m also able to fix cars, do home repairs, and get dirty where my Italian husband prefers to cook and sing flamenco music while dancing (often in an apron). Still to this day, half of my best friend are men and it’s not rare to see me in public surrounded by a group of them. My neighbor recently joked, “we’d never be able to catch you having an affair because you have guys over all the time.” Hell, it was two of my guy friends who helped me get the room ready for my nursery when F was out of town (because men can do baby shit, too).

I like that I was granted a three-dimensional personality growing up by being free of the restrictions we so often place on kids due to their sex or gender.

And that’s what I want for my kids. Which is why I get so fucking ragey when someone tells me who my kid will be based on something as insignificant as sex (honestly, better predictors would be my education, poverty level, and whether or not I have a proclivity towards crack cocaine).

That’s why we waited until I was 29 weeks pregnant to start telling people what we’re having. It was hard for me! Every time I’d say the baby’s sex, I’d wince a little like I’m admitting  I have an addiction to snorting bathroom cleaner and I’m waiting for their judgments to come my way. But here it goes:

Our baby is a boy.

His name is Leonardo Elliot Rossi-Evans, after the artist, the poet, and the people who contributed to his DNA (me and F). He might be restless and rowdy. He might be quiet and shy. It’s possible he’ll love cars and trains but it’s just as possible he’ll love art and the ballet. But whatever he likes, I want it to be his choice after he’s had a chance to experience the world around him.

I want him to play soccer, take ballet lessons, learn to paint, cook, sew, sing, garden, fix cars, and anything and everything in-between because the world is full of possibility and having myriad interests is fun and frankly a lot more interesting. It’s frustrating to know that people will try to shove him into a box every single day because he has a penis. It’s claustrophobic in that box and limiting. Plus, living in a box probably causes Vitamin D deficiency and rickets or something.

I don’t think it does our world any favors, either. It doesn’t benefit us as a society to keep telling boys that they HAVE to be disgusted by all things “female,” and that being a kind and emotional person is weak. After all, it seems unfair to me that we raise boys to be aggressive asshole gremlins (“boys will be boys” after all) and then get pissed off later when they’re shit husbands and fathers. Personally, I think it’s kind of awesome to come home and see my husband dancing in the kitchen holding a delicious goddamn lasagne, his toned body from years of soccer and sports peaking out through his t-shirt (daaaayum). I’d like to raise three-dimensional humans. I’d like to raise a boy who knows to ask for consent, who will listen and value kindness, who can talk about his feelings with his friends and be okay with not knowing everything all the time (my goal is to weed out mansplaining in the next generation, one little dude at a time). I want to raise a boy who can cook and clean and will value being an amazing father and partner and knows the importance of making the world a better place. And if he wants to roll around in mud and play sports that’s cool, too. I believe that we can create a better world by making the choice to raise boys and girls the same goddamn way so all of our kids can benefit from the perks of choice.

Now, I’m not making the argument that men and women don’t have innate biological differences because frankly, I don’t know and I don’t care. I’ve read research on both sides of the argument, and both sides are compelling. What I AM saying and what I know to be true is that individual personalities, interests and color preferences (of all stupid things) are not innate. Little boys don’t fly out of the vagina going, “I HATE PINK! WHERE’S THE BLUE!? BRING ON FOOTBALL! RAAAAAR!” Society chooses those things for them. Society chooses too much for them. And I want my kids to make their own goddamn choices about who they want to be, what they want to do, and what they like to wear.

So we decided to wait to tell people the sex of our baby because we don’t want to hear about who our son is before we have a chance to meet him. We don’t want his life mapped out for him before he has a chance to make choices for himself.

With that being said, I also respect the way that other people choose to parent because I think it’s important as a community to respect differences. So if you disagree with all of this, that’s okay, too. You do you! But for my family, this is how we feel and what we want for our little one.

This Was So Embarrassing, Y’all. 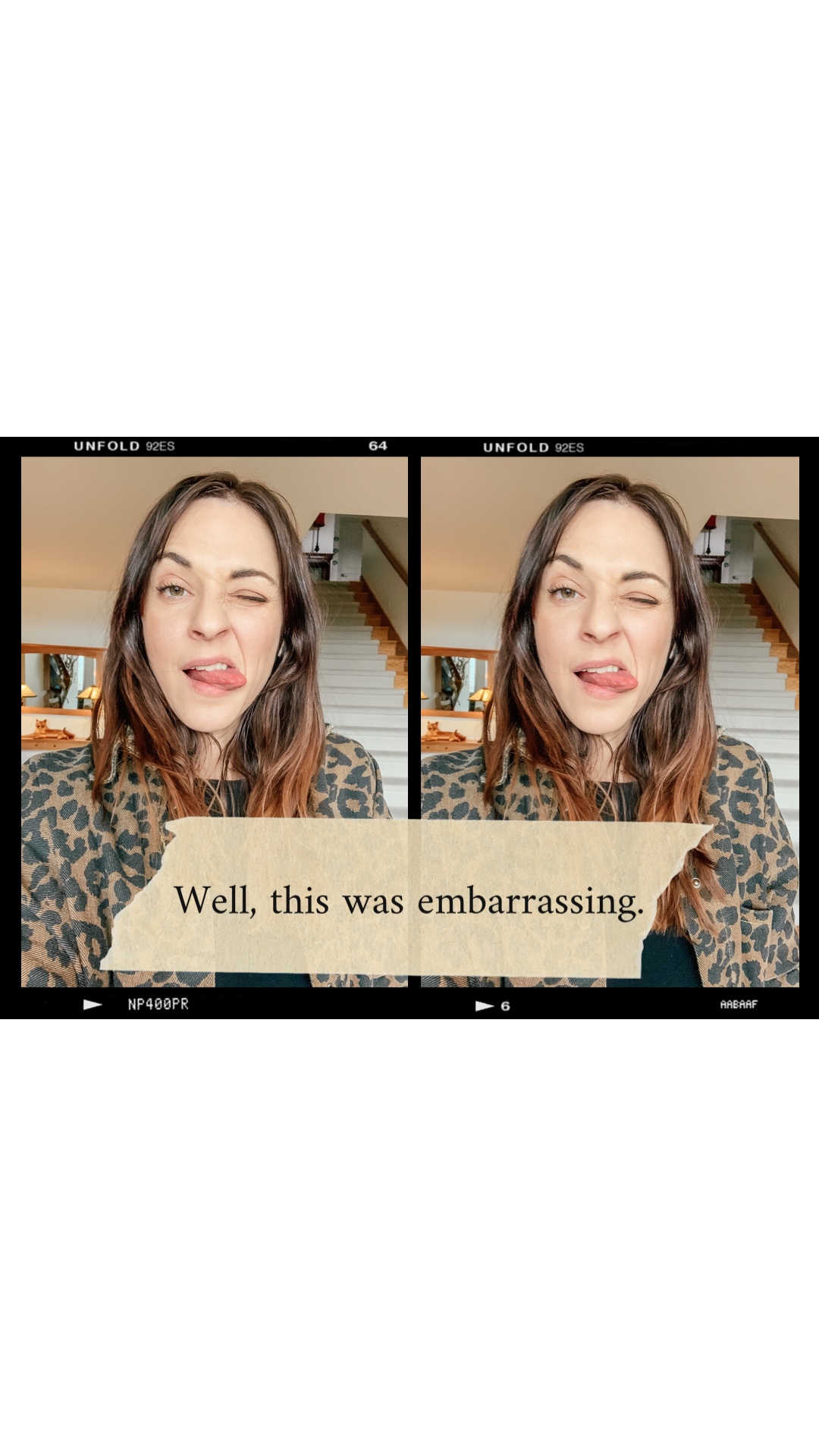 The Competitive Underworld of Preschool Admissions